During the late 1990s, rapid student enrollment growth led to significant overcrowding at Forestville, Great Falls, and Spring Hill elementary schools. In the fall of 1999, Fairfax County Public Schools (FCPS) officials began searching for a suitable location for a new elementary school in the area, and identified a site near Andrew Chapel United Methodist Church. Construction began in February 2002, when the Fairfax County School Board awarded a $9.8 million contract for the building of our school to Whitener & Jackson, Inc.

CRES, From the Ground Up 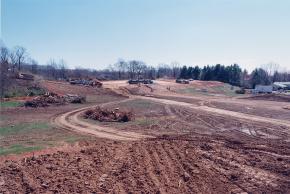 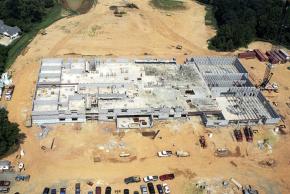 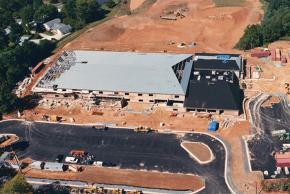 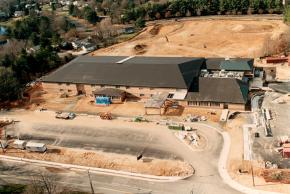 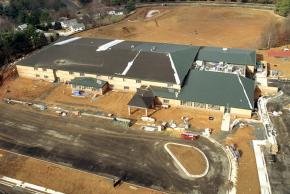 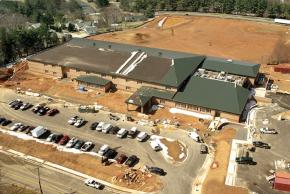 In the summer of 2003, our first principal, Dr. Sandra Furick, met with community members and school staff to develop a character education program that would be woven into the fabric of the school. The committee named the program Project: Shape the Future.

The concept of the program was simple: 1) have a common language with four traits—compassion, honesty, respect, and responsibility, 2) introduce the traits through literature boxes filled with books on the different traits, and 3) practice the traits through service learning projects both school-wide and at the classroom level. Several years later, a fifth trait, courage, was added to the program. This trait was added to address the children’s ability to be brave in new situations or to assert themselves when needed.
~ Marlene Guroff, School Counselor

Colvin Run Elementary School opened its doors to students for the first time on September 2, 2003. Our mascot and school colors were chosen by students.

When Colvin Run opened, there were desktop computers with a laser printer in each classroom; a computer lab with 25 desktop machines and a color laser printer; and each teacher had a brand new laptop which brought the total number of computers to about 150. There were three ceiling mounted projectors: in the cafeteria, library, and the theater. By the end of its first decade, with the support of FCPS and the generosity of the PTO, Colvin Run expanded its technology tools to include three computer labs, 375 computers, 70 printers, 15 digital recorders, 20 digital cameras, four document cameras, 12 video cameras, 12 webcams, and a SMART Board and a projector in each classroom.

Perhaps more important than the amount of technology equipment Colvin Run acquired, is the growth and integration of technology at the school used by teachers and students. Along with technology becoming integral to instruction, there was a shift in student learning. There was an increased emphasis on students using technology to help them become active and interactive learners.
~ Tori Meleski, School Based Technology Specialist, 2013

A Decade of Accomplishments

By the end of our first decade, through the support of our forward-thinking PTO and staff, Colvin Run created and implemented a World Language program for all K-6 students; a STEM class for grades 4-6; integrated technology across the curriculum; and other learning activities. From 2003 to 2013, Colvin Run students:

A school is more than a building full of desks, and chairs, and pencils; it is a place where people form a community. Colvin Run is a community that values “true education;” a virtue that makes people not only learners, but people of character. In the journey of life, elementary school is short lived, but the knowledge that is gained and the morals that are learned are anything but.
~ Stephen Giese, 6th Grade Teacher, 2013

Take a few moments to watch some FCPS Red Apple 21 news stories featuring Colvin Run Elementary School. Topics include our lobby sculpture, the Strategy Lab, our partnership with Think Fun, Art Plus, and a hat and coat drive.